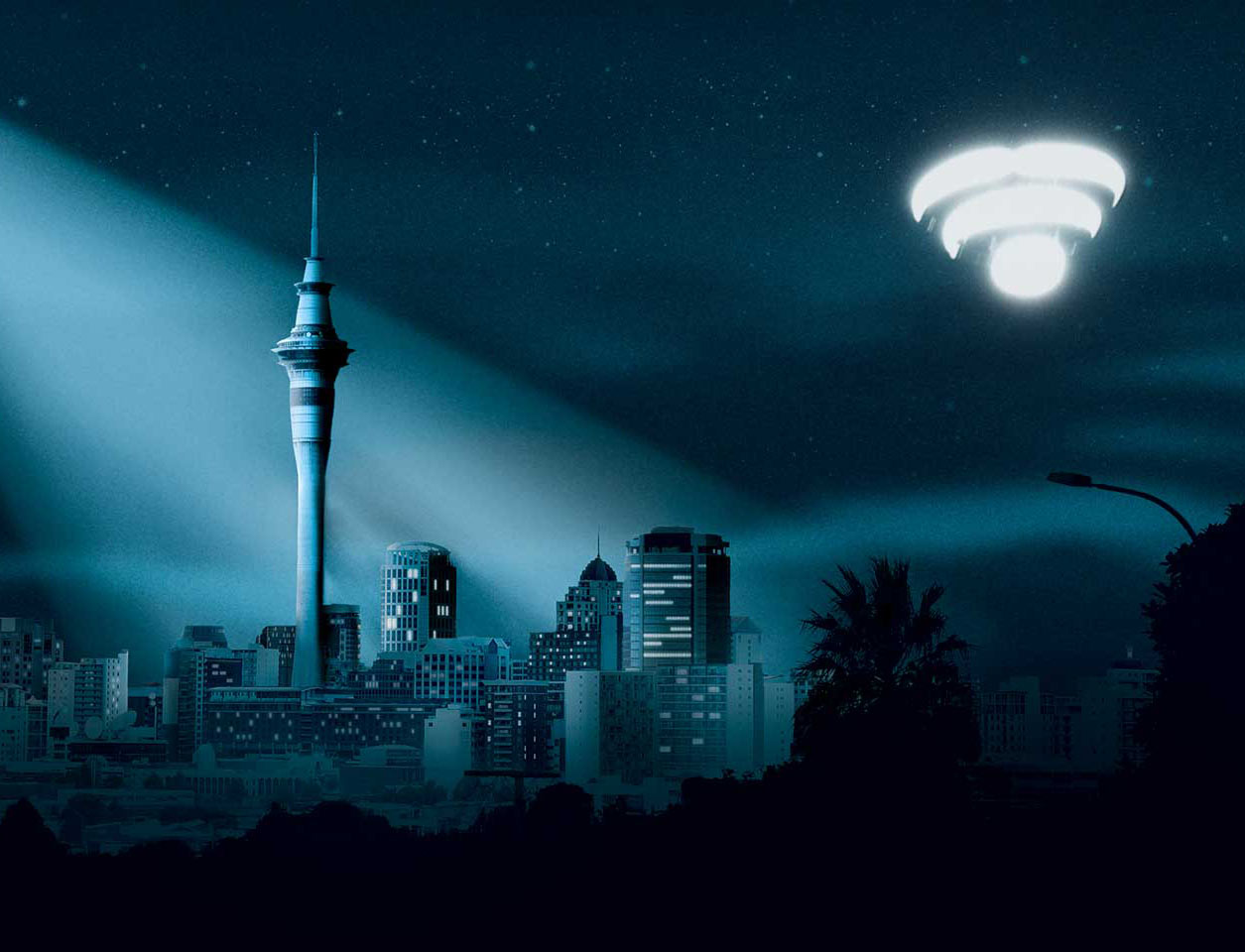 Cheaper energy has landed in Auckland.

We wanted to let Auckland know that Energy Online had arrived. So we created a campaign that invaded the Sky Tower and other city landmarks with UFOs. The twist? They came in peace, sharing their ‘extra -terrestrial energy’ with the people of Auckland.

Our UFO was a specially adapted drone (officially called an octocopter) piloted by certified pilots. Sightings were staged over the Waitemata Harbour and from golf courses around the central suburbs. The sightings were secret at first to generate PR and social chat. Then ‘energy circles’ appeared all over Auckland using ambient and outdoor media, with $30,000 in energy credits waiting for people who joined up.

The circles and brand were promoted across radio, press, bus and Adshels, plus a targeted digital campaign, paid search and social media. Further circles were inserted into press and direct mailed to targeted letterboxes.

Prospects entered an ‘energy circle’ code in a microsite to see if it held energy (an energy credit). To claim it they just had to sign up. Energy circles were geo-located so people with smart phones could find their nearest circle.

Our UFO stunt earned free media coverage to 1.5 million people nationwide, with an added Facebook reach of 434,000. We had a total of 22,489 responses via online DM, ambient and brand advertising. Based on a customer lifetime value of 3 years (our average tenure is 5 years), the sales results gave an ROI of over 20%. All this, plus we caused quite a stir in the global UFO community! 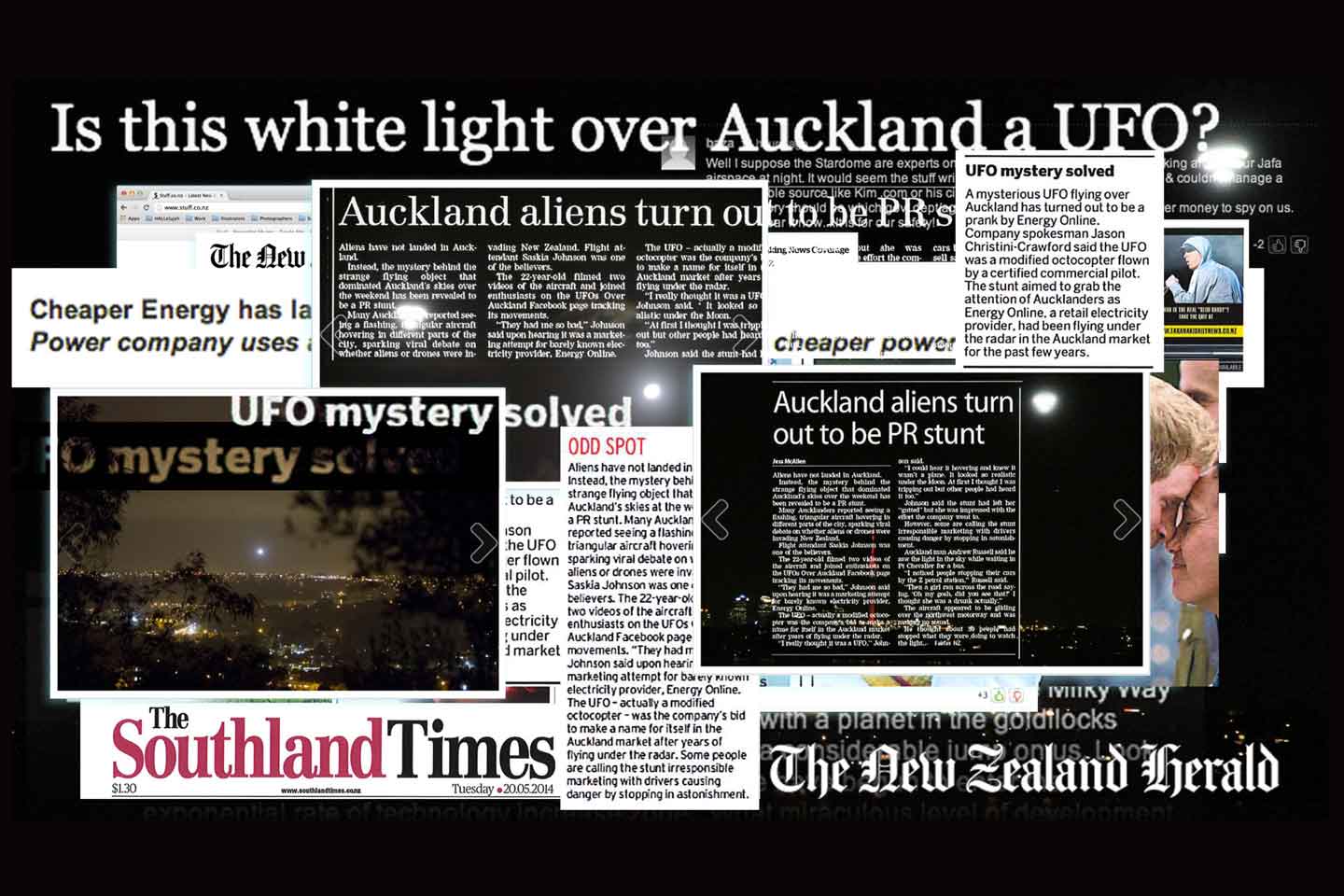 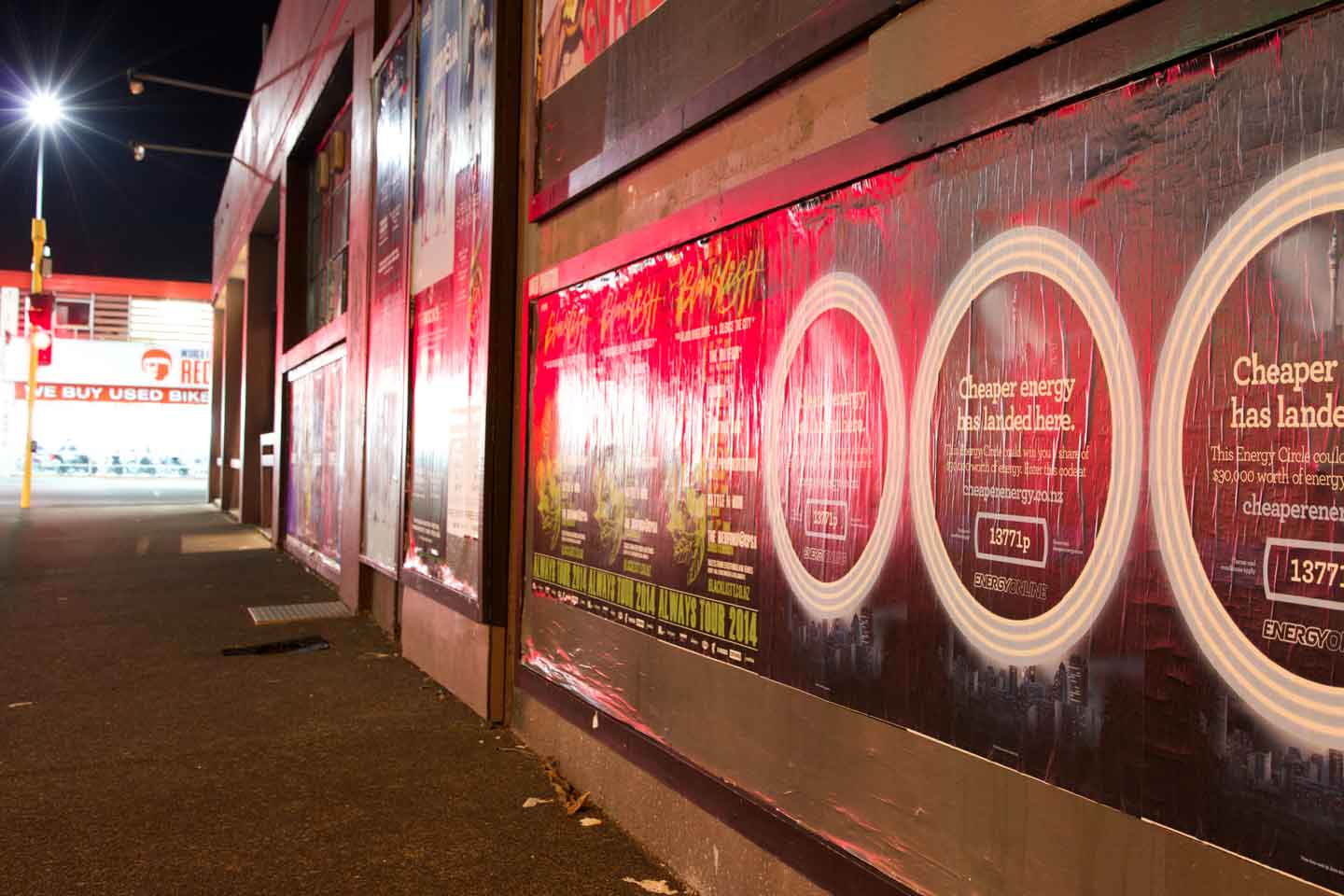 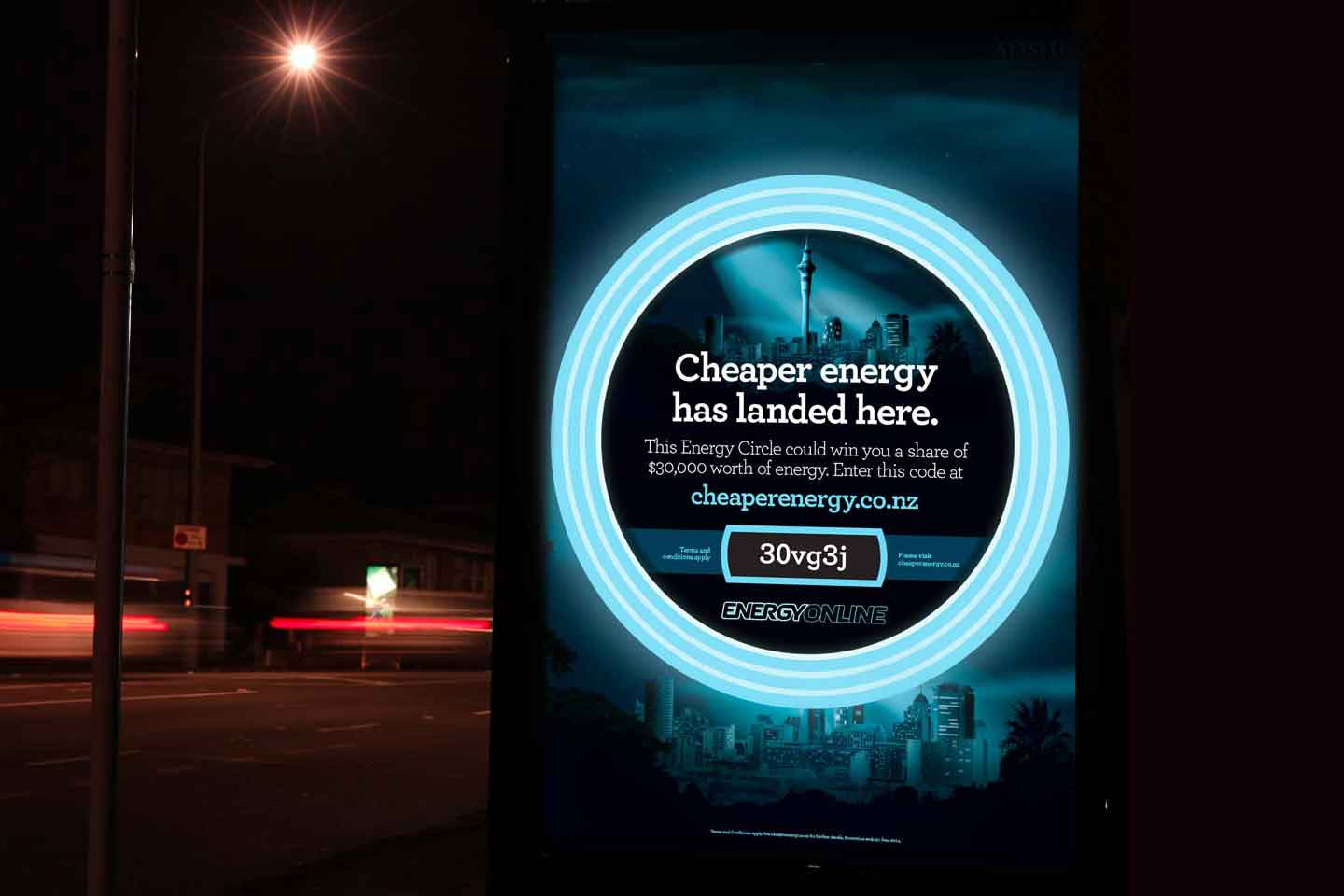 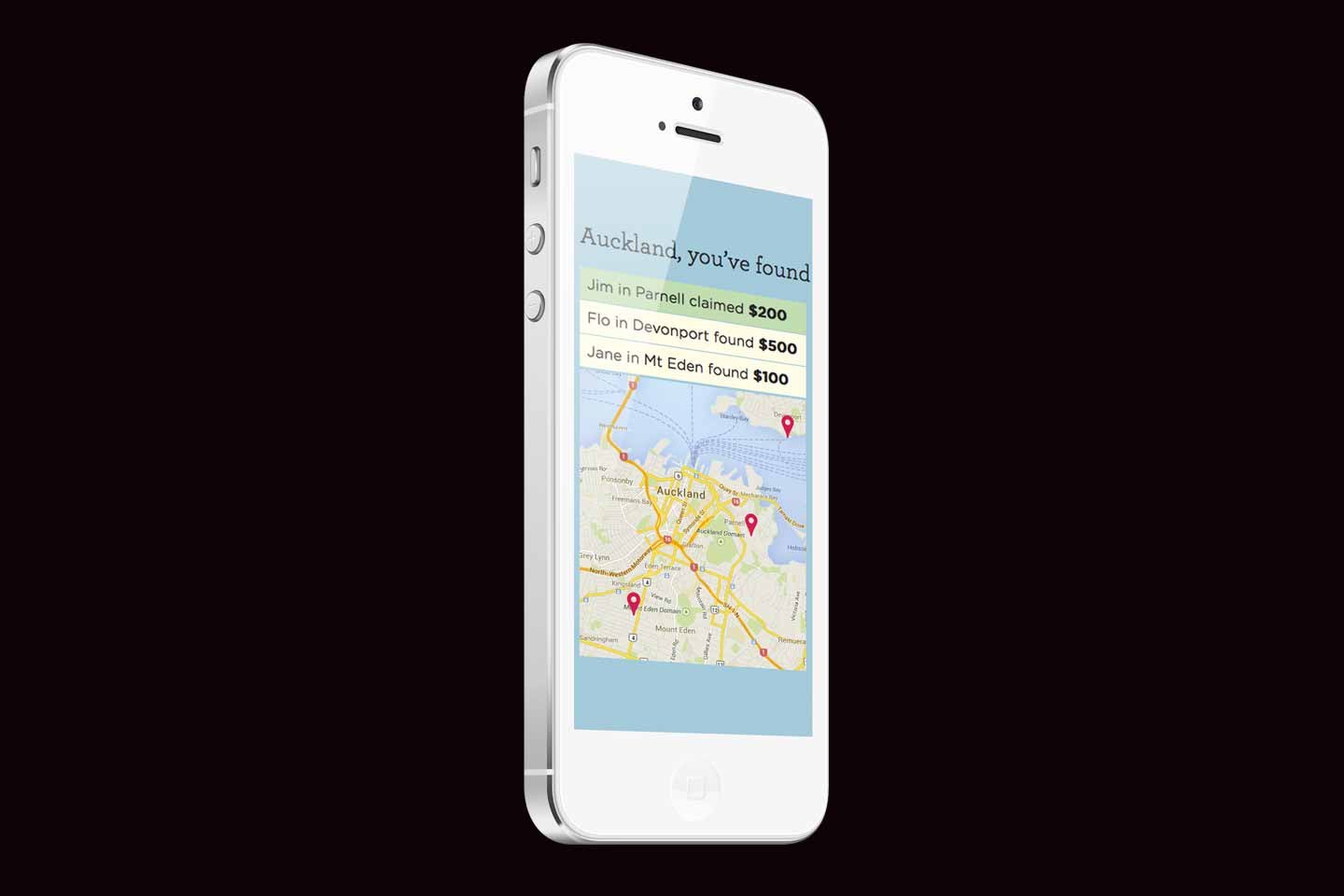 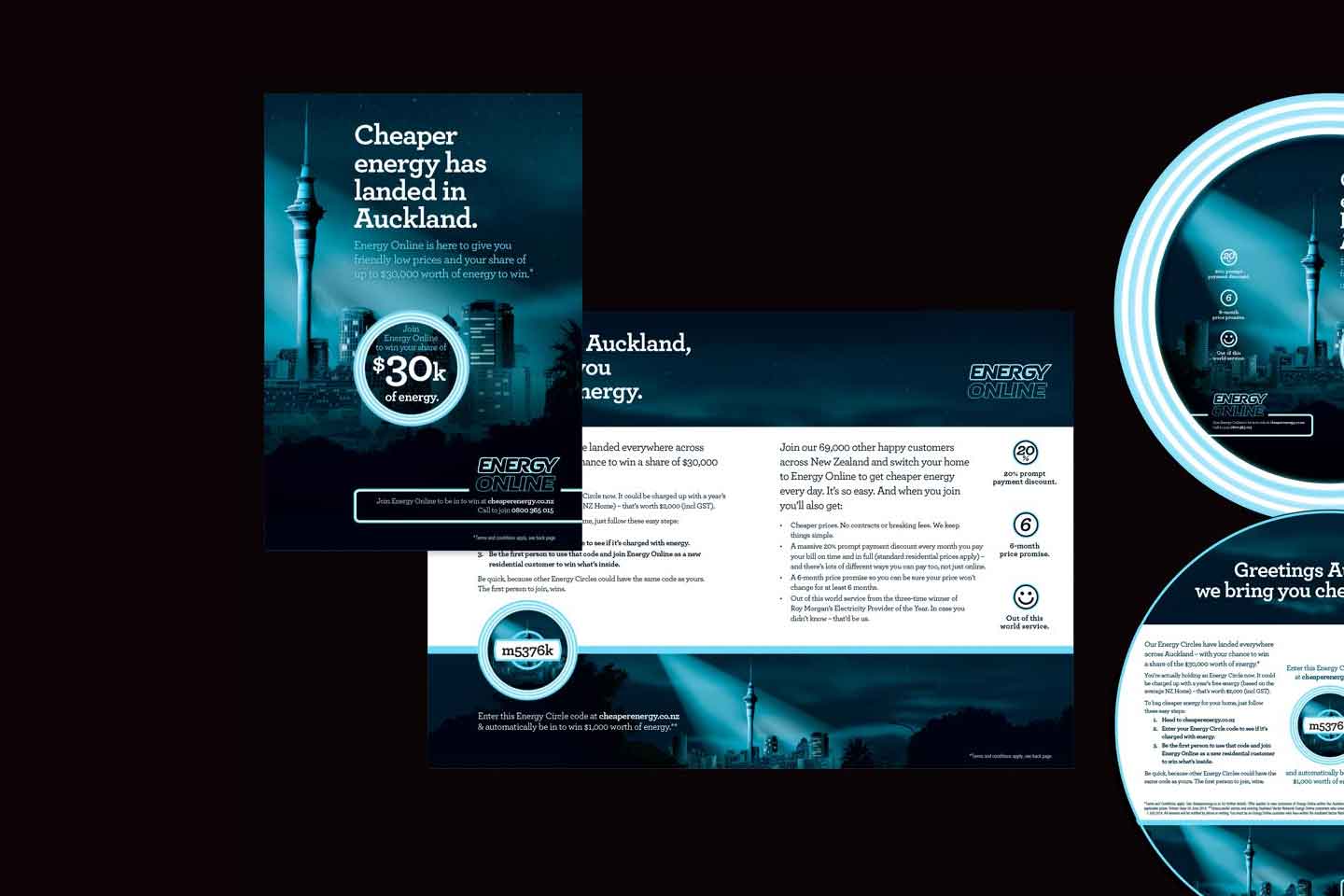